For August’s story, go to A Life Beyond Reason 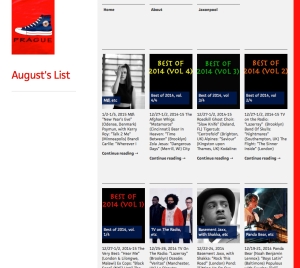 Through August’s List I imagine the music that August might have listened to had he lived and been typically developing from the beginning. He would have been fifteen years old now, approaching sixteen. I think of this site as a mixtape he puts together for me, or that I assemble for him. It may seem a bit peculiar for someone my age (and an English professor) to be doing this, but it pleases me that others will remember him through this site and enjoy the music.